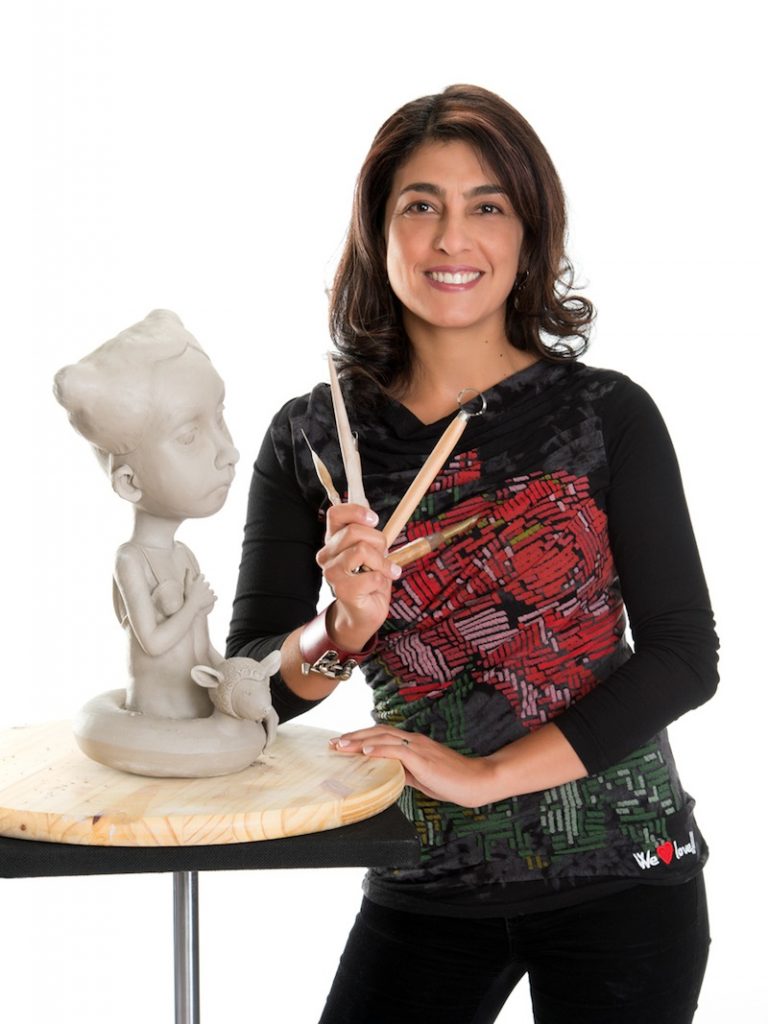 Diana was born and raised in Bogotá, Colombia. Her fondness for ceramic sculpture goes back to her childhood, when the pre-Hispanic figures and colonial architecture were her focus of interest. In 1999 she received a BFA in Ceramics and Printmaking at Universidad Nacional de Colombia in Bogotá, Colombia; and in 2010 she obtained a MFA in Ceramics and Sculpture at the University of South Carolina, Columbia, U.S.A. She also studied at the University of Anchorage, Alaska, and at the Tainan National University of the Arts in Taiwan as exchange student. Shecurrently lives, works, and teaches in Greenville, South Carolina, USA. Parallel to her practice as a sculptor and instructor, she has been affiliated with cultural organizations since 2011 in which she serves as cultural agent and art coach advancing Latino artists in the area. Some of her responsibilities include exhibition curator, community outreach, strategic planning and event coordinator. Her engagement with the community is recognized statewide as an instrumental leader and key player in the arts sector to make these artists’ voices louder and stronger. She is a Fellow of the 2019 South Carolina Class of Liberty Fellowship and a member of the Aspen Global Leadership Network. Both programs’ goal is the creation of cultural projects aimed at building a more prosperous and equitable global community.

“The Dream Life of Broken Toys” and “The Toy Republic” were sculpture installation exhibited as part of a three-month residency an at 701 Center for Contemporary Art, Columbia, S.C., sponsored by the City of Columbia, the South Carolina Arts Commission and the National Endowment for the Arts in 2011. “Bread and Circus”, her most recent body of work, is now being exhibited in various venues in the South East of the country.

Diana’s figurative sculpture is known for its whimsical and thought-provoking dolls, puppets, and toys. With this repertoire of popular child icons, she creates dramatic-poetic narratives, coated with a layer of humor, about social and political issues. Her toy-like sculptures become a social satire and political criticism suggested for adult audiences while remaining, at first glance, a naive and innocent theater for the naive viewer.